Project Description: LBE provided upgrades to three central energy plants at Fort Jackson, SC. Upgrades included boiler controls, condenser water pumps, and a new pumping system for the thermal energy storage tank. The scope of work included upgrading boiler controls in CEP 1, 2, and 3 from a mechanical control mechanism of the fuel/air mixture, to an automated electronic system and providing all necessary wiring and conduit for power and control of the new system. All existing items not compatible with the new system such as sensors, gauges etc., were replaced. The existing condenser water pumps were replaced for CEP 1, 2, and 3 due to the fact they were undersized and could not produce the required flows to allow chillers to operate at full capacity. Pressure loss calculations were performed and new pumps were sized to maximize capacity of the existing chillers. Each of the new replacement pumps were installed with new Variable Frequency Drive (VFD) and associated power and control wiring for the new condenser water pumps.

LBE’s team also addressed a problem with the existing pipe configuration at the thermal energy storage tank at CEP 2. The existing pumping / piping configuration of the thermal energy storage tank was not efficient which resulted in long charge times and previous inefficient loading of the chillers. To remedy this, the piping was reconfigured so that excess chillers could be dedicated for tank charging, and new piping, valves, and dedicated pumps were installed. The new design plan provided by LBE eliminated the current method of running pumps higher to manipulate system pressures, reduced charge times, and allowed for more efficient use of the potential of the thermal storage tank. 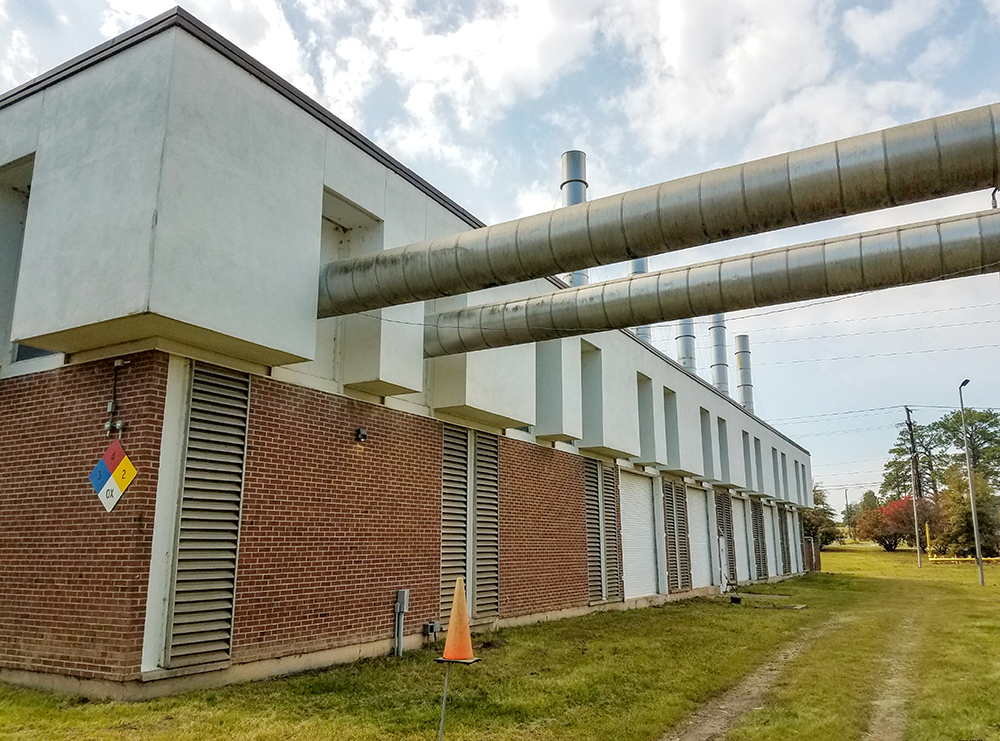